Accueil / The vineyard of Bourgueil / Soils

The vineyard of Bourgueil is composed by two different soils.

The soil closest to the Loire is made of sand and pebbles – locally called “graves” and “graviers”.

Then arriving on to the gentle slopes, come the soils made of “Tuffeaux “. These soils are consisted of clay and fine limestone.

Looking at the soil composition, it can be noted that it is made up of sand and gravel which one can find in the towns of Chouzé and la Chapelle, then there is a vast area of clay-based soil which is suitable for cereal cultivation, located near the streams of Changeon or Lane. 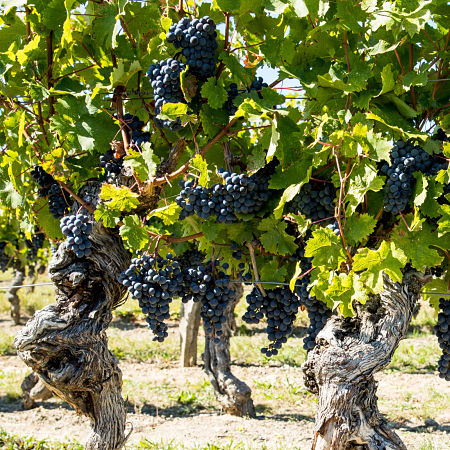 We then perceive the sand and gravel banks in the towns around Ingrandes, Restigné and Bourgueil. The two zones of Restigné and Chouzé are the result of gravel deposits of the Loire and make it a remarkable soil for the cultivation of the wine.

The soil’s depth varies from a few centimeters to several meters deep, placed on the soil of the Cenomanian or Turonian.

The water in the soil is rapidly drained, which enables the soil to warm up easily, which leads to the production of a wine that is smooth, light, delicate and fruity.

Then we see the hillside with the turonian. The tuffeau on the surface decays and forms a complex with clay in the soil. This is the limestone clay that is called ‘la tuf’.

The tuffeau is the rock that was used to build the houses and castles of the region, and consequently cause the creation of the cellars used today to preserve the good bottles of Bourgueil wine.

This is a terroir of excellence, also found in the most prestigious French wine regions and appellations like Burgundy, Saint-Emilion, and in the Champagne . The wines produced are rich, full, silky and of great care.

Higher up on the Eocene there is a vast forest which protects the valley of gusts of cold air.

AOC Bourgueil has defined its production area since 1937 and has since been respecting the geographical areas that nature has offered.

All the AOCs of France have a geological history and an adequacy with it wine. It is this notion that distinguishes the French terroir wines from others. 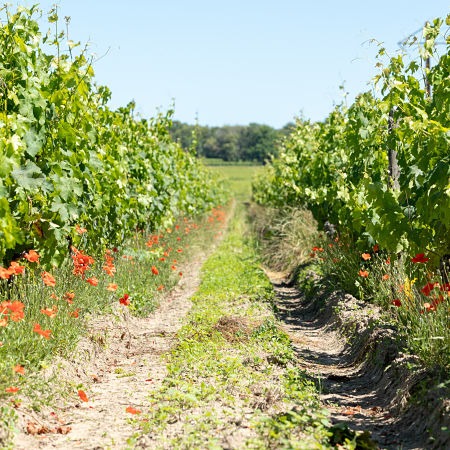